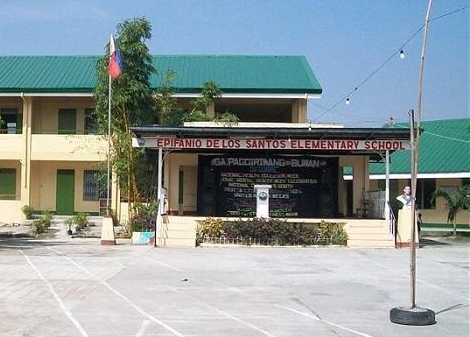 Epifanio Delos Santos Elementary School is a home of highly performing and motivated pupils, responsible and competitive teachers, dynamic and capable school manager, and supportive and helpful parents. It has an active, cooperative and supportive Parents and stakeholders who are ready to help in the delivery of quality services.

Tugatog acquired its present name for the fact that it has the highest elevation among other barangays in the city of Malabon; the place was referred to as “Paltok” which means top or summit. The school site is located at the eastern part of Malabon. It is donated by Tan Chiong Pun, a Chinese natural born citizen, on October 15, 1960 during the term of Mayor Lucio Gutierez.

In 1962, the first school building was built through the effort of Gov. Eulogio Rodriguez, the provincial governor of Rizal. In 1963, ESES gradually increased its enrolment so another 2 storey, eight-classroom was built.

REPUBLIC OF THE PHILIPPINES

All content is in the public domain unless otherwise stated.

Learn more about the Philippine government, its structure, how government works and the people behind it.

Scroll back to top